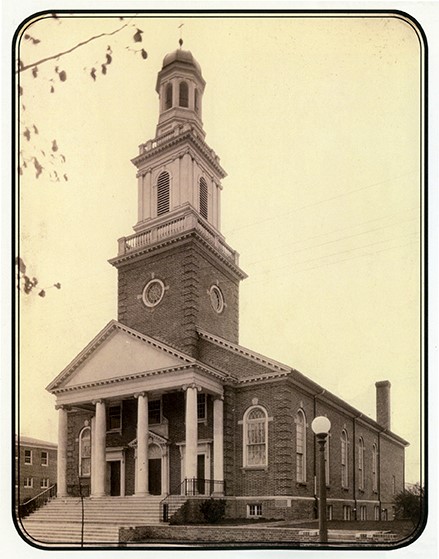 Founded in 1866 on the ashes of the Civil War, St. Mark’s has a long history of standing up to adversity and embracing change. A mission of St. James’s, the parish was first located in Jackson Ward, placed there to serve the working people of Richmond. By the early part of the 20th century the city was changing and the congregation - having outgrown 2 structures - was considering a risky move out of “downtown” into what was then the far west end of Richmond. In 1921 the cornerstone of our current church building was set and on March 22, 1922 the first service was held in the basement as the nave was yet to be completed. We worship in and serve our community from this building today.

From our beginning we have been a neighborhood-focused parish, made up of working people. From our founding in a city still rebounding and adjusting to the physical and social changes brought about by the Civil War, St. Mark’s has not removed itself from issues of change and conflict in its community. Our move from Jackson Ward was due in part to the changing racial demographics of the city - not our finest hour.  But during the Civil Rights struggles of the 1960s then Curate Edward Meeks “Pope” Gregory saw to it that St. Mark’s became the first integrated Episcopal church in the city (inviting the displaced Osgood Memorial Episcopal congregation to join us in worship in 1967). This set us on a batter path and paved the way for a more inclusive church.  During the 1980s St. Mark’s embraced the cause of AIDS ministry and opened its arms to those many others shunned. Our church (according to a local health nonprofit) offered memorial and funeral services for more victims of AIDS than any other in the region, perhaps in the state.  St. Mark's was also one of the first Episcopal churches in the city to offer the blessing of marriage to same gender couples, and we are proud that members of St. Mark's were part of the national legalization of same gender marriage.

Today the parish reflects its history in its continued emphasis on outreach and justice. We give an everyday face to the progressive stance of the Episcopal Church in our advocacy for full inclusion and equal access within the church and in our world.